The Collected Poems of Ai (Hardcover) 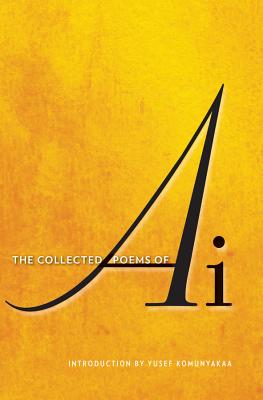 The Collected Poems of Ai (Hardcover)

By Ai, Yusef Komunyakaa (Introduction by)

“Ai is a truthteller picking her way through the burning rocks of racial and sexual lies.”—Joy Harjo

Before her untimely death in 2010, Ai, known for her searing dramatic monologues, was hailed as “one of the most singular voices of her generation” (New York Times Book Review). Now for the first time, all eight books by this essential and uniquely American poet have been gathered in one volume.

I found my father,

face down, in his homemade chili

and had to hit the bowl

with a hammer to get it off,

then scrape the pinto beans

and chunks of ground beef

off his face with a knife.

Ai (1947-2010) is the author of eight books of poetry, including the National Book Award–winning Vice. In 2009 she was named a United States Artist Ford Fellow. She was a professor at Oklahoma State University.