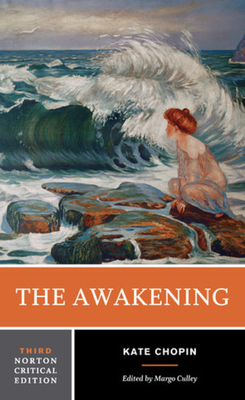 “I have used the Norton Critical Editions since graduate school. As a teacher of high-school literature, I find them to be excellent resources for the study of various novels, plays, etc."—Brooke Gifford, Vincent Middle High School

• A preface, a critical essay, and explanatory annotations by Margo Culley.

• Essays by acclaimed Chopin biographers Per Seyersted and Emily Toth, “An Etiquette/Advice Book Sampler” with selections from the conduct books of the period, and contemporary perspectives on womanhood, motherhood, and marriage.

• A Chronology of Chopin’s life and work and an updated Selected Bibliography.

Read by more than 12 million students over fifty-five years, Norton Critical Editions set the standard for apparatus that is right for undergraduate readers. The three-part format—annotated text, contexts, and criticism—helps students to better understand, analyze, and appreciate the literature, while opening a wide range of teaching possibilities for instructors. Whether in print or in digital format, Norton Critical Editions provide all the resources students need.

Kate Chopin was born on February 8, 1850, to an affluent family in St. Louis, Missouri. In 1870, she moved with her husband to his native New Orleans. Chopin began her literary career at the age of thirty-six, as a recently widowed mother of six. From 1890 to 1897, Chopin published her first novel, At Fault, and nearly one hundred short stories, collected in Bayou Folk and A Night in Acadie. Chopin’s stories were widely read, appearing in leading magazines of the day. Her most famous novel, The Awakening, faced wide condemnation upon its release in 1899 for its morally ambivalent subject matter. It has since become recognized as an essential work of early feminist fiction. Kate Chopin died on August 22, 1904.

Margo Culley is Professor of English at the University of Massachusetts at Amherst. She is the editor of American Women’s Autobiography: Fea(s)ts of Memory and A Day at a Time: Diary Literature of American Women, and co-editor of Women’s Personal Narratives: Essays in Criticism and Pedagogy and Gendered Subjects: The Dynamics of Feminist Teaching. She teaches courses in American studies, women’s studies, and ethnic studies.