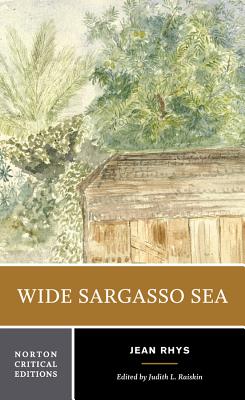 Written over the course of twenty-one years and published in 1966, Wide Sargasso Sea, based on Charlotte Brontë’s Jane Eyre, takes place in Jamaica and Dominica in 1839–45.

Textual notes illuminate the novel’s historical background, regional references, and the non-translated Creole and French phrases necessary to fully understand this powerful story. Backgrounds includes a wealth of material on the novel’s long evolution, it connections to Jane Eyre, and Rhys’s biographical impressions of growing up in Dominica. Criticism introduces readers to the critical debates inspired by the novel with a Derek Walcott poem and eleven essays.

Jean Rhys (1890–1979), one of the foremost writers of the twentieth century, is the author of Wide Sargasso Sea—her last and best-known novel—as well as After Leaving Mr. Mackenzie, Voyage in the Dark, and Good Morning, Midnight, all available in Norton paperback.

Judith L. Raiskin is Associate Professor and Director of Women’s Studies at the University of Oregon. She is the author of Snow on the Cane Fields: Women’s Writing and Creole Subjectivity.