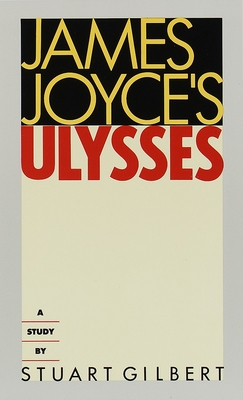 
On Our Shelves Now at:
With the passing of each year, Ulysses receives wider recognition and greater acclaim as a modern literary classic. To comprehend Joyce's masterpiece fully, to gain insight into its significance and structure, the serious reader will find this analytical and systematic guide invaluable. In this exegesis, written under Joyce's supervision, Stuart Gilbert presents a work that is at once scholarly, authoritative and stimulating.
Stuart Gilbert (1883–1969) was an English scholar and translator. He’s translated works by Alexis de Tocqueville, André Malraux, and Antoine de Saint-Exupéry into English. Gilbert was also one of the first scholars of the Irish novelist James Joyce, and assisted in translation of Ulysses into French. Among his publications are Joyce’s Ulysses: A Study in 1930 and a collection of Joyce’s letters in 1957.
"Of the many efforts made to interpret Joyce's magnum opus, the best by far is that by Stuart Gilbert."

"Most serious Joyce readers owe to Stuart Gilbert their first introduction to the richness and complexity of Ulysses. His monumental pioneer analysis remains an essential Baedeker."