Into the Heart of Borneo (Vintage Departures) (Paperback) 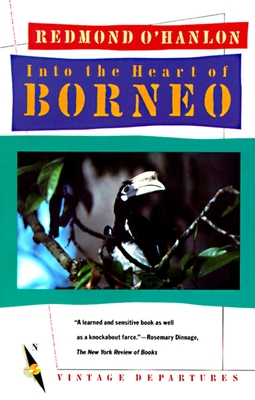 Into the Heart of Borneo (Vintage Departures) (Paperback)


Special Order—Subject to Availability
The story of a 1983 journey to the center of Borneo, which no expedition had attempted since 1926. O'Hanlon, accompanied by friend and poet James Fenton and three native guides brings wit and humor to a dangerous journey.
A fellow of the Royal Geographical Society and the Royal Society of Literature, Redmond O'Hanlon was the natural history editor of The Times Literary Supplement for fifteen years. He lives near Oxford, England, with his wife and their two children. "Among contemporary travel writers," according to the Washington Post, "he has the best nose for the globe's precious few remaining blank spots . . . Long may he trudge and paddle."