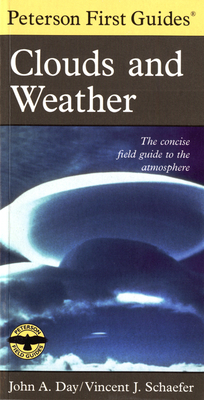 This Peterson First guide contains easy-to-understand answers to questions about the weather, such as why the sky is blue, what makes it rain, and what causes rainbows. The book also features 116 color photographs that show how to identify clouds, with explanations of what each cloud type tells about the weather to come.

Vincent Joseph Schaefer (1906-1993) was an American chemist and meteorologist who developed cloud seeding. As a researcher at the General Electric Research Laboratory in Schenectady, Schaefer modified clouds in the Berkshire Mountains by seeding them with dry ice. Despite being self-taught and never finishing high school, he was issued 14 patents.