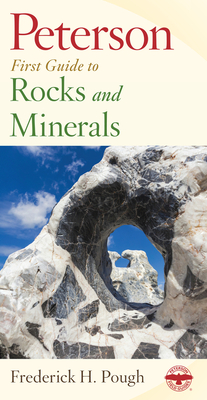 Written and designed for the beginner, this book describes and illustrates the most common and interesting rocks and minerals, from simple sandstone to exotic gems. Illustrated with dozens of beautiful color photographs, it tells how these rocks and minerals formed and how to identify them--and includes tips on collecting.

Frederick H. Pough (1907-2006) was a mineralogist and museum curator who wrote a guide to collecting gems and minerals that became essential for geologists. He wrote A Field Guide to Rocks and Minerals while serving as a curator of physical geology and mineralogy at the American Museum of Natural History in Manhattan.