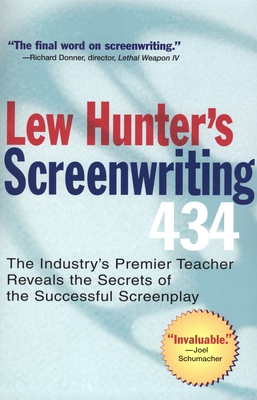 
Not On Our Shelves—Ships in 1-5 Days
For decades, Lew Hunter's Screenwriting 434 class at UCLA has been the premier screenwriting course, launching a generation of the industry's most frequently produced writers. Here, he shares the secrets of his course on the screenwriting process by actually writing an original script, step by step, that appears in the book.
Lew Hunter has master’s degrees from the University of California Los Angeles and Northwestern University and a doctor of letters from Nebraska Wesleyan University. He has worked for Columbia, Lorimar, Paramount, Disney, NBC, ABC, and CBS as a writer, producer, and executive. Currently he is chair emeritus of the screenwriting department at UCLA, and is the founder of the Lew Hunter Superior Screenwriting Colony in Superior, Nebraska.
"I wish this book had been around when I was a student. I heartily recommended it. For beginners and pros alike." —Steven Bocho writer/producer NYPD Blue