What Were the Twin Towers? (What Was?) (Library Binding) 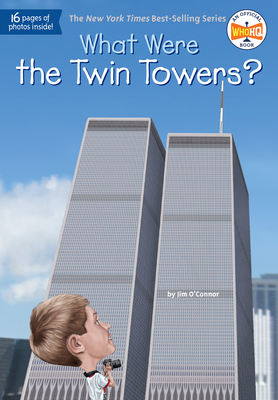 What Were the Twin Towers? (What Was?) (Library Binding)


Not On Our Shelves—Ships in 1-5 Days
Discover the true story of the Twin Towers—how they came to be the tallest buildings in the world and why they were destroyed.

When the Twin Towers were built in 1973, they were billed as an architectural wonder. At 1,368 feet, they clocked in as the tallest buildings in the world and changed the New York City skyline dramatically. Offices and corporations moved into the towers—also known as the World Trade Center—and the buildings were seen as the economic hub of the world. But on September 11, 2001, a terrorist attack toppled the towers and changed our nation forever. Discover the whole story of the Twin Towers—from their ambitious construction to their tragic end.
Jim O'Connor is the author of What Was Pompeii?, What Was the Battle of Gettysburg?, and Who Is Bob Dylan?