A Geography of the European Union (Hardcover) 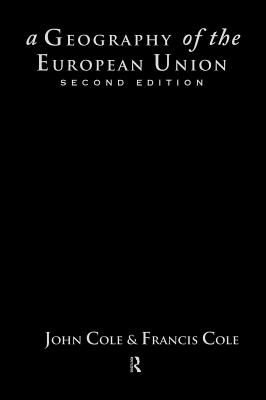 A Geography of the European Union (Hardcover)

Can the European Union continue to grow and also converge?
Is uniformity within the union desirable?
The European Union has grown into a supranational entity formed from a mosaic of diverse regions. Its enlargement to encompass a number of Central European countries seems only a matter of time. With the EU's political and economic importance growing globally, the Union's influence is increasingly being felt within its Member States. A new geography is emerging with pressures to reduce regional disparities by a process of convergence.
A Geography of the European Union provides a comprehensive introduction to the European Union, its identity, problems and prospects. Focusing on the key issues of integration and enlargement, the authors examine the major economic, social, environmental and political aspects of the EU, both in terms of its individual regions and as a system of interdependent states that form the single EU entity. Assessment of controversial issues is frank: problems of unemployment, social stress, ageing and the place of women are covered objectively, prompting readers to form their own interpretations.
This completely revised and expanded 2nd Edition includes a wealth of new illustrations, data and analysis. Setting the EU within a broader European and global context, this book provides a comprehensive introduction to the changing geography of the European Union and its place in a rapidly changing world.