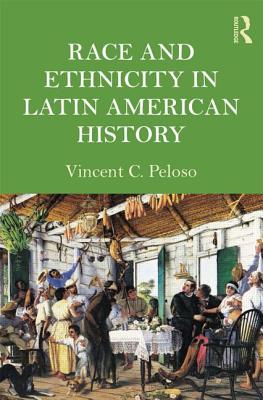 The Spanish and Portuguese empires that existed in the Americas for over three hundred years resulted in the creation of a New World population in which a complex array of racial and ethnic distinctions were embedded in the discourse of power. During the colonial era, racial and ethnic identities were publicly acknowledged by the state and the Church, and subject to stringent codes that shaped both individual lives and the structures of society. The legacy of these distinctions continued after independence, as race and ethnicity continued to form culturally defined categories of social life.

In Race and Ethnicity in Latin American History, Vincent Peloso traces the story of ethnicity and race in Latin America from the sixteenth century to the contemporary period. In a short, synthetic narrative, he lays the groundwork for students to understand how the history of colonial racism is connected to the problems of racism in today's Latin American societies. With features including timelines, plentiful maps and illustrations, and boxes highlighting important historical figures, the text provides a clear and accessible introduction to the complex subject of race and ethnicity in the history of Latin America.