Letters from the Inside (Mass Market) 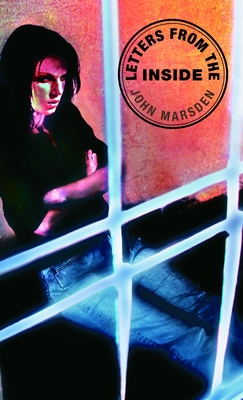 Letters from the Inside (Mass Market)

Two girls whose lives couldn’t be more different are brought together as pen pals in this riveting and haunting novel that’s perfect for fans of Orange is the New Black and those interested in unpacking the reality of life behind bars.

Mandy and Tracey have never met, but they know everything about each other. Connected through a pen-pal ad, they exchange frequent letters, writing about boyfriends, siblings, music, and friends. They trade stories about school and home. They confide their worries and hopes. It almost makes it easier, and more special, that they’ve never met—they can say whatever they want in the safety of their private world of letters.

But that private world may not be as safe as it seems. Can Mandy trust Tracey to be who she says she is? What secrets hide between the lines of their letters?


"A powerful book. . . . It will draw its readers in completely." —School Library Journal, Starred

"The heart-wrenching conclusion will exert its power long after this book is read.”—Publishers Weekly, Starred

“Proof that originality need not be reserved for adults.”—Kirkus Reviews

John Marsden is one of Australia's most critically acclaimed and bestselling authors. His works include So Much to Tell You, Checkers, Letters from the Inside, The Dead of the Night, and A Killing Frost. In addition to his writing career, Marsden has also taught at grammar schools and served as a school principal.