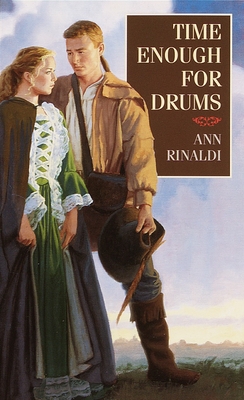 
Special Order—Subject to Availability
Sixteen-year-old Jem struggles to maintain the status quo at home in Trenton, New Jersey, when the family men join the war for independence.

There are signs of rebellion in the Emerson household several years before the actual American Revolution hits in 1776! Brought up in a relatively liberal household, Jemima Emerson is quite a challenge for her tutor, John Reid, who is known as a Tory with strong ties to England. How could Jem's parents be friends with a man who opposes American freedom? Jem longs for freedom on every level, in the home and her homeland--and John represents the forces that restrict her.

Jem and her family soon find themselves fighting for freedom in whatever ways they can in the Revolutionary War. Before long, Jem discovers that there is much more to Mr. Reid than she ever imagined. Her feelings about him change when Jem realizes that John shares her love of freedom--and will risk his life to defend it.
Ann Rinaldi is the popular author of the acclaimed historical novel The Last Silk Dress (Laurel-Leaf).
"A stirring book which brings history to life accurately. Rinaldi's enthusiasm for the subject is catching."--Kirkus Reviews, Pointer