The Day They Came to Arrest the Book (Mass Market) 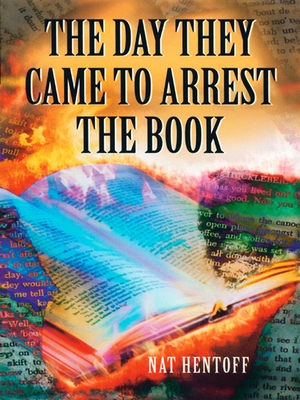 The Day They Came to Arrest the Book (Mass Market)


Special Order—Subject to Availability
Who would have believed that The Adventure of  Huckleberry Finn could cause the worst crisis in the  history of George Mason High School? Certainly not  Barney Roth, editor of the school paper. But when  a small but vocal group of students and parents  decide that the book is racist, sexist, and  immoral--and should be removed from reading lists and the  school library--Barney takes matters into his own  hands.

When the Huck Finn issue  comes up for a hearing, Barney decides to print his  story about previous censorship efforts at school.  He's sure that investigative reporting and  publicity can help the cause. But is he too late to turn  the tide of censorship?
Award-winning journalist and social commentator Nat Hentoff (1925-2017) was one of the most prolific jazz writers of the ’50s and ’60s, providing liner notes for countless albums, as well as writing or editing several books on jazz, including Hear Me Talkin’ to Ya: The Story of Jazz as Told by the Men Who Made It. His writing appeared in Esquire, Harper’s, and the Village Voice, where he wrote for 50 years. In 1995, he received the National Press Foundation’s award for lifetime achievement, and in 2004, he was the first non-musician to win the honor of being named one of six Jazz Masters by the NEA.