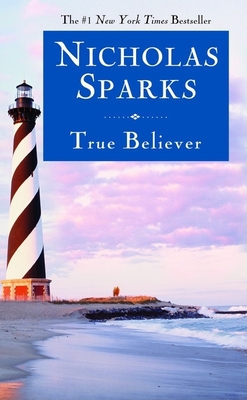 
Not On Our Shelves—Ships in 1-5 Days
Part love story and part ghost story, this is an unforgettable New York Times bestseller about a science journalist and a North Carolina librarian who dare to believe in the impossible.

As a science journalist with a regular column in Scientific American, Jeremy Marsh specializes in debunking the supernatural-until he falls in love with the granddaughter of the town psychic.

When Jeremy receives a letter from Boone Creek, North Carolina, about ghostly lights appearing in a cemetery, he can't resist driving down to investigate. Here, in this tightly knit community, Lexie Darnell runs the town's library. Disappointed by past relationships, she is sure of one thing: her future is in Boone Creek, close to all the people she loves. From the moment Jeremy sets eyes on Lexie, he is intrigued. And Lexie, while hesitating to trust this outsider, finds herself thinking of him more than she cares to admit. Now, if they are to be together, Jeremy must do something he's never done before-take a giant leap of faith.

From #1 New York Times bestselling author Nicholas Sparks comes a love story about taking chances and following your heart. True Believer will make you believe in the miracle of love.

With over 100 million copies of his books sold, Nicholas Sparks is one of the world's most beloved storytellers. His novels include sixteen #1 New York Times bestsellers, and all of his books, including Three Weeks with My Brother, the memoir he wrote with his brother, Micah, have been New York Times and international bestsellers, and were translated into more than fifty languages. Eleven of Nicholas Sparks's novels -- The Choice, The Longest Ride, The Best of Me, Safe Haven, The Lucky One, The Last Song, Dear John, Nights in Rodanthe, The Notebook, A Walk to Remember, and Message in a Bottle -- have been adapted into major motion pictures.
"Gloriously
sweet."—PublishersWeekly

"Poignant,
intimate, and hopeful, this is a novel to read, treasure, and share. Highly
recommended."—LibraryJournal