Hardy Boys 10: What Happened at Midnight (The Hardy Boys #10) (Hardcover) 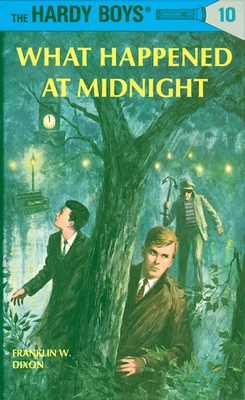 Hardy Boys 10: What Happened at Midnight (The Hardy Boys #10) (Hardcover)

This is book number 10 in the The Hardy Boys series.

Frank and Joe race against time to retrieve a scientist’s top-secret invention before thieves get their hands on it. But the young detectives soon discover that they are involved in a mystery far greater in scope than just safeguarding the invention. When Joe is kidnapped, this incident starts Frank of on a chase that could end disastrously for him and his pals.
Franklin W. Dixon is a pen name used by a variety of authors writing for the classic series, The Hardy Boys. The first and most well-known "Franklin W. Dixon" was Leslie McFarlane, a Canadian author who contributed 19 of the first 25 books in the series. Other writers who have adopted the pseudonym include Christopher Lampton, John Button, Amy McFarlane, and Harriet Stratemeyer Adams.