Hardy Boys 11: While the Clock Ticked (The Hardy Boys #11) (Hardcover) 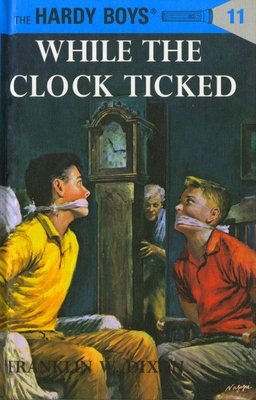 Hardy Boys 11: While the Clock Ticked (The Hardy Boys #11) (Hardcover)

This is book number 11 in the The Hardy Boys series.

A banker who has been receiving threatening notes enlists the help of the Hardy boys. Before long, the young sleuths find themselves entangled in the investigation of a notorious band of thieves.
Franklin W. Dixon is a pen name used by a variety of authors writing for the classic series, The Hardy Boys. The first and most well-known "Franklin W. Dixon" was Leslie McFarlane, a Canadian author who contributed 19 of the first 25 books in the series. Other writers who have adopted the pseudonym include Christopher Lampton, John Button, Amy McFarlane, and Harriet Stratemeyer Adams.