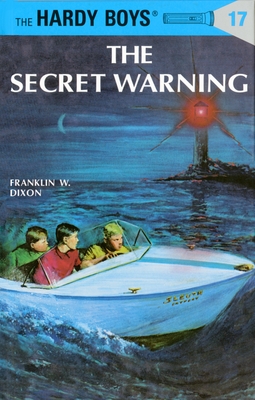 This is book number 17 in the The Hardy Boys series.

Strange events involve Frank and Joe Hardy in a mystery which shrouds an ancient treasure—the golden head of the Pharaoh Rhamaton IV. The owner of the million-dollar golden Pharaoh’s head claims it was aboard the freighter Katawa, which sank not far from Whalebone Island. But suspicious developments indicate that Mehmet Zufar may be trying to defraud the shipping line’s insurance company. Frank and Joe enthusiastically accept the challenge of their famous detective father to assist him in investigating the complex case for Transmarine Underwriters.
Franklin W. Dixon is a pen name used by a variety of authors writing for the classic series, The Hardy Boys. The first and most well-known "Franklin W. Dixon" was Leslie McFarlane, a Canadian author who contributed 19 of the first 25 books in the series. Other writers who have adopted the pseudonym include Christopher Lampton, John Button, Amy McFarlane, and Harriet Stratemeyer Adams.