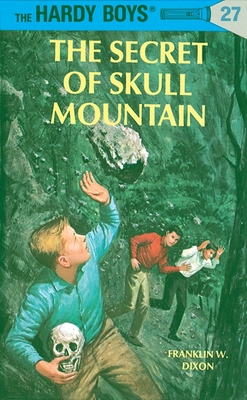 This is book number 27 in the The Hardy Boys series.

There is a crisis in Bayport! Soon the city will be without water! Every night, water strangely disappears from the new reservoir near Skull Mountain. Frank and Joe Hardy join forces with a team of skilled engineers to solve the baffling mystery.
Franklin W. Dixon is a pen name used by a variety of authors writing for the classic series, The Hardy Boys. The first and most well-known "Franklin W. Dixon" was Leslie McFarlane, a Canadian author who contributed 19 of the first 25 books in the series. Other writers who have adopted the pseudonym include Christopher Lampton, John Button, Amy McFarlane, and Harriet Stratemeyer Adams.