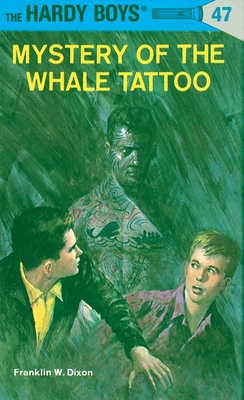 This is book number 47 in the The Hardy Boys series.

One exciting event follows another when Frank and Joe Hardy are hired to apprehend the pickpockets who have been plaguing Solo’s Super Carnival. When their friends Tony Prito and Biff Hooper exhibit a stuffed whale dug up at a construction project, they all but put the carnival out of business. In this thrilling mystery the young detectives pit their wits against a gang of thieves whose bizarre identification, a three-part whale tattoo, proves to be a nearly insolvable riddle.
Franklin W. Dixon is a pen name used by a variety of authors writing for the classic series, The Hardy Boys. The first and most well-known "Franklin W. Dixon" was Leslie McFarlane, a Canadian author who contributed 19 of the first 25 books in the series. Other writers who have adopted the pseudonym include Christopher Lampton, John Button, Amy McFarlane, and Harriet Stratemeyer Adams.