Who Was Abraham Lincoln? (Who Was?) (Paperback) 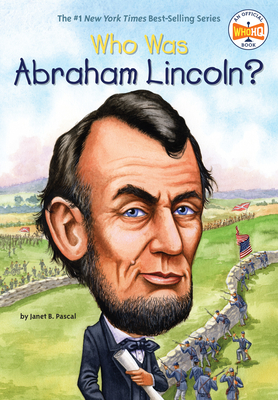 Who Was Abraham Lincoln? (Who Was?) (Paperback)

By Janet B. Pascal, Who HQ, John O'Brien (Illustrator)


Not On Our Shelves—Ships in 1-5 Days
Born to a family of farmers, Lincoln stood out from an early age—literally! (He was six feet four inches tall.) As sixteenth President of the United States, he guided the nation through the Civil War and saw the abolition of slavery. But Lincoln was tragically shot one night at Ford’s Theater—the first President to be assassinated. Over 100 black-and-white illustrations and maps are included.
Janet Pascal, author of many YA biographies and Viking’s senior copyeditor, lives in New York, New York. John O’Brien lives in Delaran, New Jersey. Nancy Harrison lives in Allentown, Pennsylvania.