What Is the Panama Canal? (What Was?) (Paperback) 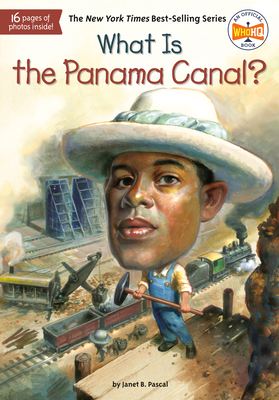 What Is the Panama Canal? (What Was?) (Paperback)

By Janet B. Pascal, Who HQ, Tim Foley (Illustrator)


Special Order—Subject to Availability
Before 1914, traveling from the East Coast to the West Coast meant going by land across the entire United States. To go by sea involved a long journey around South America and north along the Pacific Coast. But then, in a dangerous and amazing feat of engineering, a 48-mile-long channel was dug through Panama, creating the world’s most famous shortcut: the Panama Canal!
Janet Pascal is an Executive Production Editor at Viking Children's Books and the author of Who Was Dr. Seuss?, Who Was Maurice Sendak?, and Who Was Abraham Lincoln? She lives in New York City.