Who Was Galileo? (Who Was?) (Paperback) 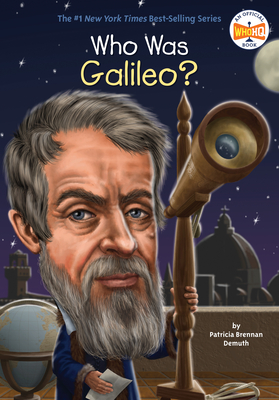 Who Was Galileo? (Who Was?) (Paperback)


Not On Our Shelves—Ships in 1-5 Days
Like Michelangelo, Galileo is another Renaissance great known just by his first name--a name that is synonymous with scientific achievement. Born in Pisa, Italy, in the sixteenth century, Galileo contributed to the era's great rebirth of knowledge. He invented a telescope to observe the heavens. From there, not even the sky was the limit! He turned long-held notions about the universe topsy turvy with his support of a sun-centric solar system. Patricia Brennan Demuth offers a sympathetic portrait of a brilliant man who lived in a time when speaking scientific truth to those in power was still a dangerous proposition.
Patricia Brennan Demuth is the author of Who Was Laura Ingalls Wilder?, Who Is Bill Gates?, What Was Ellis Island?, and What Was Pearl Harbor?