Where Is the Grand Canyon? (Where Is?) (Paperback) 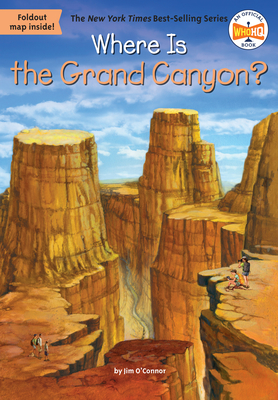 Where Is the Grand Canyon? (Where Is?) (Paperback)


Not On Our Shelves—Ships in 1-5 Days
There are canyons all over the planet, and the Grand Canyon in Arizona is not the biggest. Yet because of the spectacular colors in the rock layers and fascinating formations of boulders, buttes, and mesas, it is known as one of the Seven Natural Wonders of the World. Starting with a brief overview of how national parks came into being, this book covers all aspects of the canyon--how it formed, which early native people lived there, and what varied wildlife can be found there now. A history of the canyon's end-to-end exploration in the late 1860s and how the Grand Canyon became such a popular vacation spot (5 million tourists visit every year) round out this informative, easy-to-read account.
Jim O'Connor is the author of What Was Pompeii?, What Was the Battle of Gettysburg?, and Who Is Bob Dylan?