Where Is Niagara Falls? (Where Is?) (Paperback) 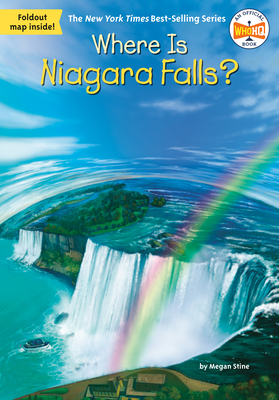 Where Is Niagara Falls? (Where Is?) (Paperback)


Not On Our Shelves—Ships in 1-5 Days
While traveling through Canada in 1678, a French priest came across the most gigantic waterfalls he'd ever seen. Stricken with both awe and fear, he began to shake, fell to his knees, and prayed. Ever since, people from all over the world have come to explore Niagara: among them the daredevils determined to tumble down or walk across the falls on tightrope. Kids will get a kick reading about the hare-brained stunts and will also learn how the falls were formed and how--one day--they will disappear.
Megan Stine has written several books for young readers, including Where Is the White House?, Who Was Marie Curie?, Who Was Ulysses S. Grant?, Who Is Michelle Obama?, and Who Was Sally Ride?