Who Was Benedict Arnold? (Who Was?) (Paperback) 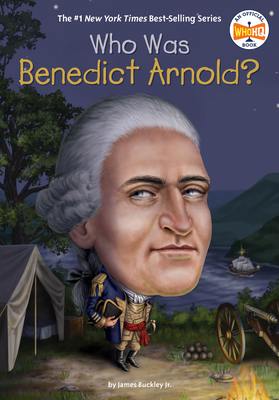 Who Was Benedict Arnold? (Who Was?) (Paperback)


Not On Our Shelves—Ships in 1-5 Days
Find out how this one-time American hero became the country's most notorious traitor.

As a young child, Benedict Arnold never shied away from a fight. So when the French and Indian War began in 1754, Benedict was eager to join the militia and fight for the British colonies in America. And when he was eighteen years old, he got his chance. Arnold had no idea that less than twenty years later, he would be fighting against the British in the Revolutionary War.

Now the captain of his own militia, Benedict won the admiration of his troops and George Washington when he captured a major British fort. He continued fighting for the colonies and was even considered a patriotic war hero after being wounded in battle. But in 1780, Benedict made a decision that no one could anticipate. He betrayed his fellow Americans and joined the British army.

Author James Buckley Jr. takes us through Benedict's life and explains the events that led him to switch sides and become the most famous turncoat in American history.
James Buckley Jr. has written more than fifty books for kids, including Who Was Ernest Shackleton? and Who Was Roberto Clemente?