Trade What You See: How to Profit from Pattern Recognition (Wiley Trading #302) (Hardcover) 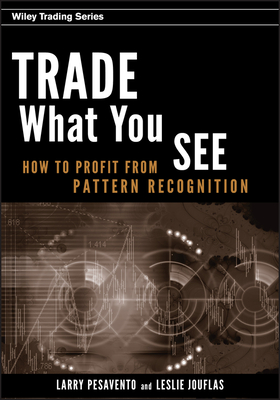 Trade What You See: How to Profit from Pattern Recognition (Wiley Trading #302) (Hardcover)

This is book number 302 in the Wiley Trading series.

Trading the financial markets is extremely difficult, but with the right approach, traders can achieve success. Nobody knows this better than authors Larry Pesavento and Leslie Jouflas, both traders and educators of traders, who have consistently used pattern recognition to capture profits from the markets. In Trade What You See, Pesavento and Jouflas show traders how to identify patterns as they are developing and exactly where to place entry and exit orders. While some patterns derive from the techniques of Wall Street's earliest traders and other patterns reflect Pesavento's emphasis on the geometry of market movements and Fibonacci numbers.. Filled with hard-won knowledge gained through years of market experience, Trade What You Seeoutlines both a practical and sophisticated approach to trading that will be of interest to both novice and seasoned traders alike.

Larry Pesavento is a forty-year veteran trader. He operates a Web site,

LARRY PESAVENTO is a forty-year veteran trader who has one of the most extensive trading libraries in the world. He operates a Web site, www.tradingtutor.com, which provides market analysis for subscribers. Pesavento speaks regularly at trading conferences and is a private trader for a large hedge fund. The pattern recognition approach he uses eliminates the random nature of market action. LESLIE JOUFLAS has been trading for over ten years and went professional in 2000. She coaches and tutors trading students as well as moderates and runs www.tradingliveonline.com. Jouflas also trades privately managed money as well as her own account.