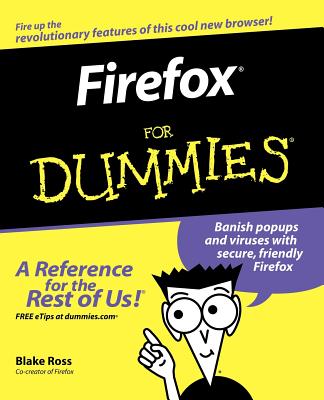 
Not On Our Shelves—Ships in 1-5 Days
Blake Ross discovered computers when he was 4 and hasn't had time to eat since then. He began working at Netscape at 14 and cofounded the Firefox project two years later to make the Web easy to use for plain old human beings. He also cofounded the SpreadFirefox.com community evangelism project, which has changed the face of software marketing and distribution. Blake was featured on the cover of Wired Magazine in early 2005, and he has since been featured in dozens of international publications and television shows to promote computing simplicity. He is on leave from Stanford University, where he is an undergraduate. Blake is currently working on a new project with some of the original Firefox team. If you enjoy Firefox, you'll enjoy what's coming next, so sign up at www.blakeross.com to hear when it launches.