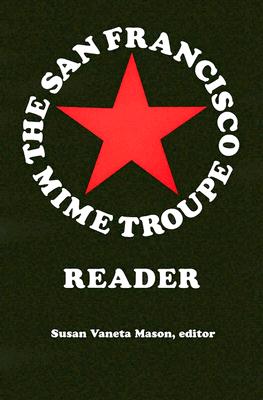 
Special Order—Subject to Availability
The San Francisco Mime Troupe Reader is a long-overdue collection of some of the finest political satires created and produced by the Tony Award-winning company during the last forty years.

It is also a history of the company that was the theater of the counterculture movement in the 1960s and that, against all odds, has managed to survive the often hostile economic climate for the arts in the United States. The plays selected are diverse, representing some of the Troupe's finest shows, and the book's illustrations capture some of the Troupe's most memorable moments.

These hilarious, edgy, and imaginative scripts are accompanied by insightful commentary by theater historian and critic Susan Vaneta Mason, who has been following the Troupe for more than three decades. The Mime Troupe Reader will engage and entertain a wide range of audiences, not only general readers but also those interested in the history of American social protest, the counterculture of the 1960s-particularly the San Francisco scene-and the evolution of contemporary political theater. It will also appeal to the legions of Troupe fans who return every year to see them stand up against another social or corporate Goliath.