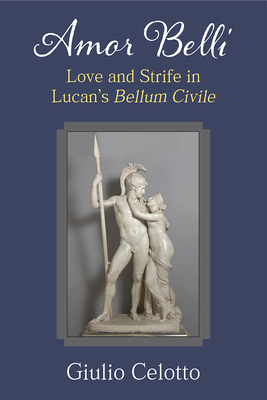 Compelled by the emperor Nero to commit suicide at age 25 after writing uncomplimentary poems, Latin poet Lucan nevertheless left behind a significant body of work, including the Bellum Civile (Civil War).  Sometimes also called the Pharsalia, this epic describes the war between Julius Caesar and Pompey.Author Giulio Celotto provides an interpretation of this civil war based on the examination of an aspect completely neglected by previous scholarship: Lucan’s literary adaptation of the cosmological dialectic of Love and Strife.

According to a reading that has found favor over the last three decades, the poem is an unconventional epic that does not conform to Aristotelian norms: Lucan composes a poem characterized by fragmentation and disorder, lacking a conventional teleology, and whose narrative flow is constantly delayed. Celotto’s study challenges this interpretation by illustrating how Lucan invokes imagery of cosmic dissolution,  but without altogether obliterating epic norms. The poem transforms them from within, condemning the establishment of the Principate and the Julio-Claudian dynasty.

Giulio Celotto is Assistant Professor of Classics at the University of Virginia.