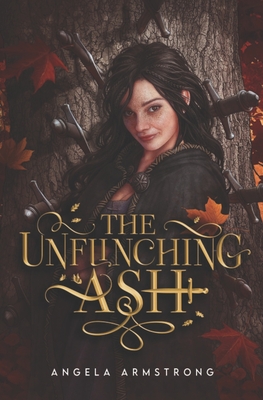 
Not On Our Shelves—Ships in 1-5 Days
(This book cannot be returned.)
In a world like ours, Mystics once ruled the night. Well, so long as they were men. On Ash's day of naming, she chose the Mystic path nonetheless. The same illusions that garner gasps of awe from the lamp-lit crowds earn her scorn from the basilica. There is only one way forward: earn the Queen's Seal - a badge of honour, and immunity. She'll simply have to avoid being hanged, burned, or drowned first. Praise for the The Unflinching of Ash:
Armstrong's language is rich and immersive, with a beautifully drawn cast of characters for readers to love and loathe. Her masterful story-telling is reminiscent of the legendary Sherryl Jordan, textured, thought-provoking, swoon-worthy and potent. The Unflinching Ash is sure to ignite hearts and imaginations.
Rachael Craw, award-winning author of the Spark trilogy and The Rift