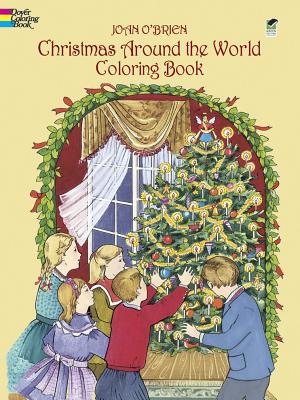 Learn how Christmas is celebrated around the world by coloring 30 pictures, among them vignettes of young carolers in Great Britain, Mexican children playing under a pi ata, a Swedish girl wearing a traditional crown of candles, Greek children parading with drums and triangles, and an Australian family picnicking on a beach.
There are also scenes of youngsters decorating a tree of light in China, French children leaving shoes for P re N el to fill, Americans hanging stockings on the mantle and leaving Santa milk and cookies, Polish children looking at the North Star, and 21 other illustrations. Each scene appears with an informative caption.