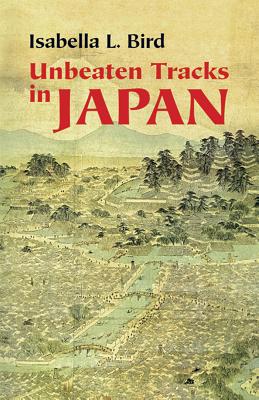 
Special Order—Subject to Availability
(This book cannot be returned.)
The daughter of a country parson, Isabella Bird was advised to travel for her health. Bird's compliance with her doctor's orders took her to the wildest regions of the American West, Malaysia, Kurdistan, Persia, the Moroccan desert, and China, among other places. One of nine popular accounts of her adventures around the world, Unbeaten Tracks in Japan traces the intrepid Victorian explorer's 1878 excursion into the back country of the Far East.
Japan had just opened its doors to the West within the past decade, and Bird traversed regions unknown to many of the island nation's inhabitants. Traveling more than 1,400 miles by pack horse, rickshaw, and foot, she followed winding mountain trails and crossed countless rivers to meet villagers in their remote communities and peasant farmers in their fields. In poignant, vivid letters to her sister and friends, Bird describes the vicissitudes of her journey--the discomforts and difficulties as well as the pleasures and excitement of discovery. 40 of the author's own sketches and photographs illustrate her captivating stories.
Isabella Bird (1831-1904) was born in England and became one of the most famous travel writers of the 19th century. After a childhood marred by illness, she was encouraged by her physician to travel. With 100 pounds given to her by her clergyman father, Bird explored Canada and the United States. During her travels, she wrote to her sister about her experiences and drew on that material for her first book. Later, Bird journeyed to Japan, China, Tibet, and Korea. Her discerning observations have been entertaining readers for over a century.