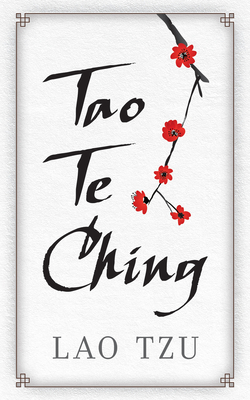 
Not On Our Shelves—Ships in 1-5 Days
The pursuit of power, happiness, and life's meaning is as old as history itself, as the Tao Te Ching (The Book of the Way and Its Virtue) attests. Dating from two and a half millennia ago, this timeless text consists of 81 brief chapters that form one of the world's most profound and influential spiritual traditions. The Tao played a significant role in the development of Buddhist thought, and this classic of meditative insight continues to inform modern readers with its emphasis on mindfulness. Centered on the principle of wu wei, or naturalness and simplicity, its teachings outline an attitude of spontaneity and noninterference that fosters individuality and self-awareness. This high-quality gift edition of the authoritative James Legge translation is an enduring companion on the mystical path to spiritual freedom.

The founder of philosophical Taoism, Lao Tzu is a central figure in Chinese culture. He is traditionally acknowledged as the author of the Tao Te Ching, although the attribution -- like much of Tzu's biography -- is a matter of scholarly debate. According to legend, he was the longtime keeper of the imperial archives. Saddened by his contemporaries' reluctance to pursue virtue, Lao Tzu left the court. As he was crossing the Tibetan border, a guard asked him to write down his teachings, resulting in the enduring lessons of the Tao Te Ching.