The Ottomans: A Cultural Legacy (Hardcover) 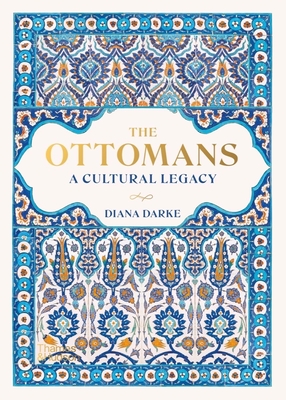 The Ottomans: A Cultural Legacy (Hardcover)

A richly illustrated examination of the Ottoman Empire, 100 years since its dissolution, unraveling its complex cultural legacy and profound impact on Europe, North Africa, and the Middle East.

A hundred years after the abolition of the Ottoman sultanate on November 1, 1922, enough time has passed to reexamine the Ottomans and reassess their legacy. This illustrated volume, by critically acclaimed author Diana Darke, explores their unique achievements in architecture, cuisine, music, science, and medicine, as well as the political challenges they met. The Ottoman Empire faced issues shared by modern European and Middle Eastern countries: how to maintain a balance between religious ideology and secular politics and how to promote fairness and equality among citizens in a multicultural society.

While many still equate the Ottomans with the decadence of Istanbul—extravagant architecture, harems, and hookahs—they are unaware that the secrets of Ottoman success lay in a disciplined bureaucracy and a standing army that both awed and seduced its opponents. The Ottomans harnessed the talents of their diverse populations and quickly buttressed the crumbling edifice of Byzantine Christianity. Their dynamism and resilience helped fuse the cultures of Asia, Europe, and Africa, from the Himalayas to the Sahara, absorbing whatever impressed them, from Mongol armor to Persian tile work. Alongside their essential rigor, they enjoyed the finer aspects of life: in music, cuisine, and art, unafraid, even as rugged fighters, to display their love of flowers and gardens, especially tulips and roses. Behind the fine robes, carpets, and ceramics on display today in their great architectural monuments, Istanbul’s Topkapi Palace and Hagia Sophia, lie centuries of migration, trade, and struggle. In this original and beautifully illustrated book, Darke reveals a radically new picture of the Ottoman Empire

Diana Darke is the author of Stealing from the Saracens: How Islamic Architecture Shaped Europe, which was one of BBC History Magazine’s best books of 2020. Her other books include The Merchant of Syria, My House in Damascus, and The Last Sanctuary in Aleppo.
"[A] lavishly illustrated history... Bring[s] key Ottoman figures, events, and artistic traditions to life. This is a treasure."
— Publishers Weekly

Lively... A total of 149 wonderful images of paintings, maps, and manuscripts accompany the book’s twelve chapters, each of which tackles a specific cultural realm of the empire.
— The New Criterion

[An] engaging illustrated survey [that] examines the Ottomans’ broad cultural impact on the diverse lands they ruled, as well as their often-overlooked medical and scientific innovations... The undoubted highlight of The Ottomans is its superb selection of nearly 150 full-color images illuminating the many cultural and historical facets Darke explores, with detailed captions that add further context.
— The Washington Post