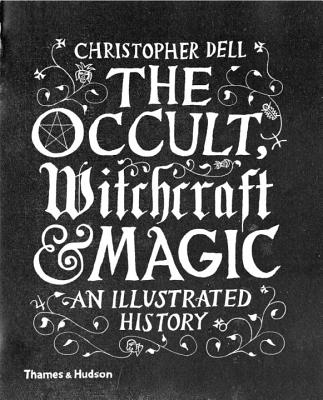 The curious history of magic and the powers of the occult, witchcraft, ritual, and the imagination, from their earliest appearances to modern times

From the days of the earliest Paleolithic cave rituals, magic has gripped the imagination. Magic and magicians appear in early Babylonian texts, the Bible, Judaism, and Islam. Secret words, spells, and incantations lie at the heart of nearly every mythological tradition. But for every genuine magus there is an impostor.

During the Middle Ages, religion, science, and magic were difficult to set apart. The Middle Ages also saw the pursuit of alchemy—the magical transformation of base materials—which led to a fascination with the occult, Freemasonry, and Rosicrucianism.

The turn of the twentieth century witnessed a return to earlier magical traditions, and today, magic means many things: contemporary Wicca is practiced widely as a modern pagan religion in Europe and the US; “magic” also stretches to include the nonspiritual, rapid-fire sleight of hand performed by slick stage magicians who fill vast arenas.

The Occult, Witchcraft and Magic is packed with authoritative text and a huge and inspired selection of images, some chosen from unusual sources, including some of the best-known representations of magic and the occult from around the world spanning ancient to modern times.

Christopher Dell holds a degree in the History of Art from the Courtauld Institute, London. He has written and edited several books on art and visual culture, including Freemasonry, Mythology, What Makes a Masterpiece, and Monsters: A Bestiary of the Bizarre.
[An] invaluable source book on the history and practice of magic and occultism, filled with mystical symbols and perplexing charts. Whether the reader attempts to practice magic upon finishing this book is not as important to Dell as tracing the origins and roots of magic throughout the centuries. Layered throughout is a visually satisfying collection of eclectic and sometimes jarring photographs that will fascinate and stir curiosity.
— Publishers Weekly (starred review)