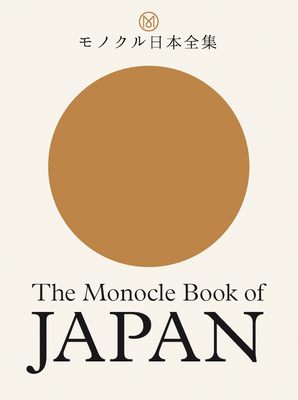 A celebration of the endlessly fascinating and culturally rich country of Japan, this book from the Monocle team is packed with insights and fully illustrated with stunning photography.

Monocle’s latest book is an ardent paean to Japan, covering everything from design, architecture, and culture to food, fashion, and current affairs.

Since it launched in 2007, Monocle has had deep roots in Japan. From day one, the magazine has maintained a Tokyo bureau, which today also encompasses a Monocle shop and radio studio.

Over the past decade, the magazine and its team have continued to build upon their appreciation for and understanding of the nation of Japan. Monocle’s stories have covered everything from a live journey on the emperor’s jet and the tastiest places to eat in Kagoshima to the fashion designers challenging conventions and the businesses with remarkable stories untold outside Japan.

The Monocle Book of Japan reveals the best of the country in the run-up to the 2021 Olympics. Complete with striking photography and captivating essays, this volume showcases some of Japan’s most intriguing splendors.

Tyler Brulé is editorial director and chairman of Monocle.

Andrew Tuck is the magazine’s Editor in Chief.

Joe Pickard is its head of book publishing.