The Mystery of Cabin Island #8 (The Hardy Boys #8) (Hardcover) 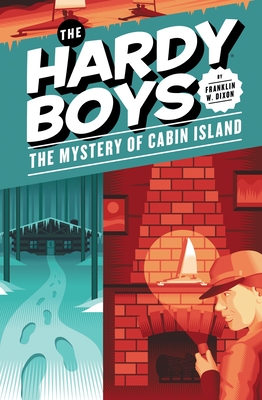 The Mystery of Cabin Island #8 (The Hardy Boys #8) (Hardcover)

This is book number 8 in the The Hardy Boys series.

Now with a brand-new look, this is an edition that collectors won't want to miss! In The Mystery of Cabin Island, the eighth book in the incredibly popular, long-running series, Frank and Joe Hardy encounter several dangerous setbacks as they search for Johnny Jefferson and some antique stolen medals. A special treat for Hardy Boys fans and any reader who's new to the series!
Franklin W. Dixon is a pen name used by a variety of authors writing for the classic series, The Hardy Boys.  The first and most well-known "Franklin W. Dixon" was Leslie McFarlane, a Canadian author who contributed 19 of the first 25 books in the series. Other writers who have adopted the pseudonym include Christopher Lampton, John Button, Amy McFarlane, and Harriet Stratemeyer Adams.