Where Is Easter Island? (Where Is?) (Paperback) 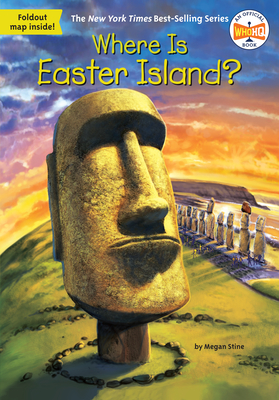 Where Is Easter Island? (Where Is?) (Paperback)


Not On Our Shelves—Ships in 1-5 Days
Unearth the secrets of the mysterious giant stone statues on this tiny remote Pacific island.

Easter Island, in the middle of the Pacific Ocean thousands of miles from anywhere, has intrigued visitors since Europeans first arrived in the 1700s. How did people first come to live there? How did they build the enormous statues and why? How were they placed around the island without carts or even wheels? Scientists have learned many of the answers, although some things still remain a mystery. Megan Stine reveals it all in a gripping narrative.

This book, part of the New York Times best-selling series, is enhanced by eighty illustrations and a detachable fold-out map complete with four photographs on the back.
Megan Stine has written several books for young readers, including Where Is the White House?, Who Was Marie Curie?, and Who Was Sally Ride?.