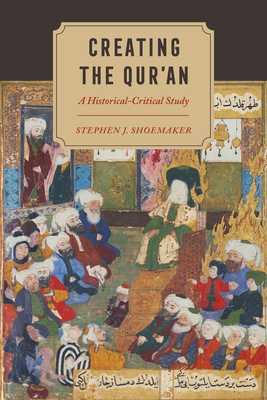 A free open access ebook is available upon publication. Learn more at www.luminosoa.org.

Creating the Qur’an presents the first systematic historical-critical study of the Qur’an’s origins, drawing on methods and perspectives commonly used to study other scriptural traditions. Demonstrating in detail that the Islamic tradition relates not a single attested account of the holy text’s formation, Stephen J. Shoemaker shows how the Qur’an preserves a surprisingly diverse array of memories regarding the text’s early history and its canonization. To this he adds perspectives from radiocarbon dating of manuscripts, the linguistic history of Arabic, the social and cultural history of late ancient Arabia, and the limitations of human memory and oral transmission, as well as various peculiarities of the Qur’anic text itself. Considering all the relevant data to present the most comprehensive and convincing examination of the origin and evolution of the Qur’an available, Shoemaker concludes that the canonical text of the Qur’an was most likely produced only around the turn of the eighth century.

Stephen J. Shoemaker is Professor of Religious Studies and Ira E. Gaston Fellow in Christian Studies at the University of Oregon. He is author of The Death of a Prophet, The Apocalypse of Empire and A Prophet Has Appeared, among many other publications.