My View of the World (Paperback) 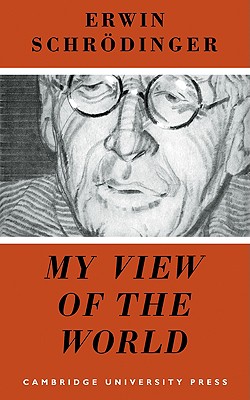 My View of the World (Paperback)


Not On Our Shelves—Ships in 1-5 Days
(This book cannot be returned.)
A Nobel prize winner, a great man and a great scientist, Erwin Schr dinger has made his mark in physics, but his eye scans a far wider horizon: here are two stimulating and discursive essays which summarize his philosophical views on the nature of the world. Schr dinger's world view, derived from the Indian writings of the Vedanta, is that there is only a single consciousness of which we are all different aspects. He admits that this view is mystical and metaphysical and incapable of logical deduction. But he also insists that this is true of the belief in an external world capable of influencing the mind and of being influenced by it. Schr dinger's world view leads naturally to a philosophy of reverence for life.