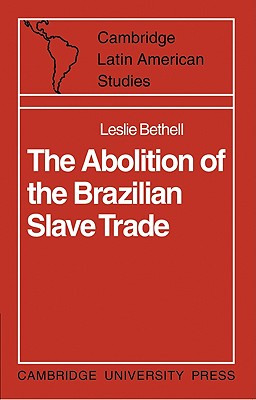 
Not On Our Shelves—Ships in 1-5 Days
(This book cannot be returned.)
When at the beginning of the nineteenth century Britain launched her crusade against the transatlantic slave trade, Brazil was one of the greatest importers of African slaves in the New World. Negro slavery had been the cornerstone of the Brazilian economy and of Brazilian society for over 200 years and the slave population of Brazil required regular replenishment through the trade. In this detailed study Dr Bethell explains how during the period of Brazilian independence from Portugal, Britain forced the Brazilian slave trade to be declared illegal, why it proved impossible to suppress it for twenty years afterwards and how it was finally abolished. He covers a major aspect of the history of the international abolition of the slave trade and slavery and makes an important contribution to the study of Anglo-Brazilian relations which were dominated - and damaged - by the slave trade question for more than half a century.