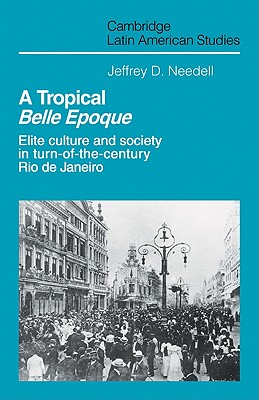 
Not On Our Shelves—Ships in 1-5 Days
(This book cannot be returned.)
This book, originally published in 1987, is a socio-cultural analysis of a tropical belle epoque: Rio de Janeiro between 1898 and 1914. It relates how the city's elite evolved from the semi-rural, slave-owning patriarchy of the coffee-port seat of a monarchy into an urbane, professional, rentier upper crust dominating the centre of a 'modernising' oligarchical republic. It explores such varied topics as architecture, literature, prostitution, urban reform, the family, secondary schools, and the salon. It evokes a milieu increasingly marked by Europe, demonstrating how French and English culture permeated the lives of elite members who adapted it to their needs and perspectives as a dominant stratum of relatively recent and varied origin. This exploration of cultural 'dependency' in a unique, cosmopolitan, fin-de-siecle urban culture will also interest those concerned with the broader questions of culture and colonialism during the high tide of European imperialism.