Trade and Civilisation in the Indian Ocean: An Economic History from the Rise of Islam to 1750 (Paperback) 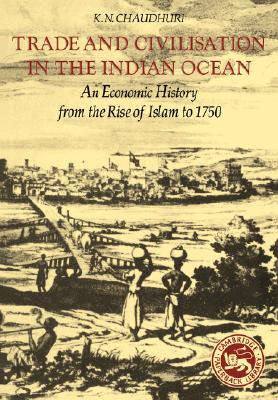 Trade and Civilisation in the Indian Ocean: An Economic History from the Rise of Islam to 1750 (Paperback)


Not On Our Shelves—Ships in 1-5 Days
(This book cannot be returned.)
Before the age of Industrial Revolution, the great Asian civilisations - whether located in the Middle East, India, South-East Asia, or the Far East - constituted areas not only of high culture but also of advanced economic development. They were the First World of human societies. This 1985 book examines one of the driving forces of that historical period: the long chain of oceanic trade which stretched from the South China Sea to the eastern Mediterranean. It also looks at the natural complement of the seaborne commerce, its counterpart in the caravan trade. Its main achievement is to show how socially determined demand derived from cultural habits and interpretations operated through the medium of market forces and relative prices. It points out the unique and limiting features of Asian commercial capitalism, and shows how the contribution of Asian merchants was valued universally, in reality if not legally and formally. Professor Chaudhuri's book, based on more than twenty years' research and reflection on pre-modern trade and civilisations, was a landmark in the analysis and interpretation of Asia's historical position and development.