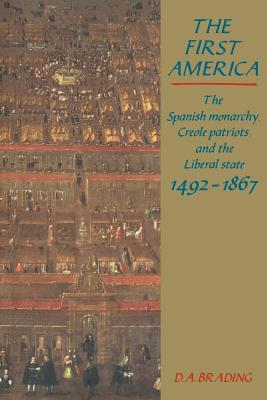 
Not On Our Shelves—Ships in 1-5 Days
(This book cannot be returned.)
The Spanish conquest of America generated a profusion of chronicles, tracts and poetry, among which are figured several classics of the Renaissance. It also provoked a fierce debate between Bartolome de las Casas, who defended the Indians, and the humanist historians who glorified the conquerors. Thereafter, imperial jurists and churchmen acclaimed the Spanish monarchy as chosen by Divine Providence to establish a Catholic empire in the New World. Within the bounds of this universal monarchy, American Spaniards sought to define their social identity by installing Aztec and Inca civilisation as the historical foundations of their countries and by accepting Our Lady of Guadalupe and St Rosa of Lima as their patrons. When the voice of the Enlightenment re-stated the imperial critique of the New World's inhabitants, Creole patriots vigorously responded; and if in South America Simon Bolivar cited classical republicanism to justify independence, in Mexico Creole patriotism was transmuted into an insurgent nationalism that did not succumb to liberal ideas until the incursion of the reform movement led by Benito Juarez. This book is about the quest of Spaniards born in the New World to define their American identity. It demonstrates that across the three centuries of colonial rule, Creole patriots succeeded in creating an intellectual and political tradition that by reason of its engagement with native history and American reality was idiosyncratic, regionally diverse, and distinct from any European model.