Ben Jonson and the Politics of Genre (Hardcover) 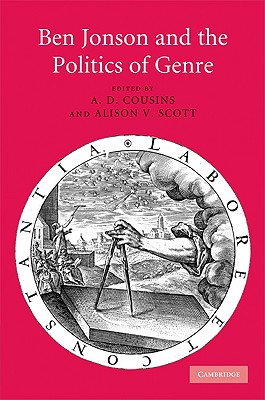 Ben Jonson and the Politics of Genre (Hardcover)


Not On Our Shelves—Ships in 1-5 Days
While Ben Jonson's political visions have been well documented, this is the first study to consider how he threaded his views into the various literary genres in which he wrote. For Jonson, these genres were interactive and mutually affirming, necessary for negotiating the tempestuous politics of early modern society, and here some of the most renowned Jonson scholars provide a collection of essays that discuss his use of genre. They present new perspectives on many of Jonson's major works, from his epigrams and epistles, through to his Roman tragedies and satirical plays like Volpone. Other topics examined include Jonson's diverse representations of monarchy, his ambiguous celebrations of European commonwealths, his sexual politics, and his engagement with the issues of republicanism. These essays represent the forefront of critical thinking on Ben Jonson, and offer a timely reassessment of the author's political life in Jacobean and Caroline Britain.