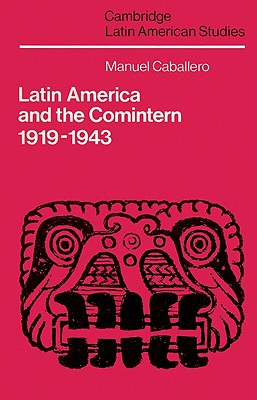 
Not On Our Shelves—Ships in 1-5 Days
(This book cannot be returned.)
This study of relations between Latin America and the Third (Communist) International or Comintern examines the rather patchy start the organisation made in the region and analyses the definitely and, for some Latin American Communists, rather humiliatingly, peripheral position occupied by Latin America in the organisation's doctrinal formulations. It demonstrates that Latin America was restricted to a supporting role in the world revolution espoused by Moscow, indeed Latin American Communists were expected to pay attention to the insignificant Communist Party of the United States. Nevertheless, the Comintern did put into play a number of important political and theoretical concepts, some of which were taken up by far more successful, and often anti-Communist, political movements in the region. Based on a wide variety of Latin American and European sources, this lively and well argued account will interest historians of the international Communist movement as well as students of modern Latin America.