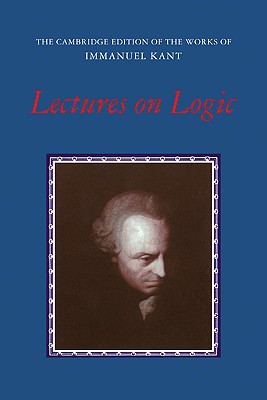 
Not On Our Shelves—Ships in 1-5 Days
(This book cannot be returned.)
Kant's views on logic and logical theory play an important part in his critical writings, especially in the Critique of Pure Reason. This volume includes three previously untranslated transcripts of Kant's logic lectures: the Blomberg Logic (1770s); the Vienna Logic supplemented by the recently discovered Hechsel Logic (1780s); and the Dohna-Wundlacken Logic (1790s). Also included is a new translation of the J sche Logic, compiled at Kant's request from his lectures and published in 1800. Hb ISBN (1992): 0-521-36013-7.