The Cambridge History of Inner Asia: The Chinggisid Age (Hardcover) 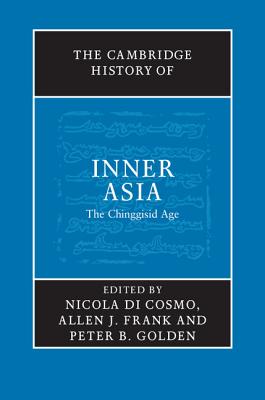 The Cambridge History of Inner Asia: The Chinggisid Age (Hardcover)


Not On Our Shelves—Ships in 1-5 Days
This volume centres on the history and legacy of the Mongol World Empire founded by Chinggis Khan and his sons, including its impact upon the modern world. An international team of scholars examines the political and cultural history of the Mongol empire, its Chinggisid successor states, and the non-Chinggisid dynasties that came to dominate Inner Asia in its wake. Geographically, it focuses on the continental region from East Asia to Eastern Europe. Beginning in the twelfth century, the volume moves through to the establishment of Chinese and Russian political hegemony in Inner Asia from the sixteenth to the nineteenth centuries. Contributors use recent research and new approaches that have revitalized Inner Asian studies to highlight the world-historical importance of the regimes and states formed during and after the Mongol conquest. Their conclusions testify to the importance of a region whose modern fate has been overshadowed by Russia and China.