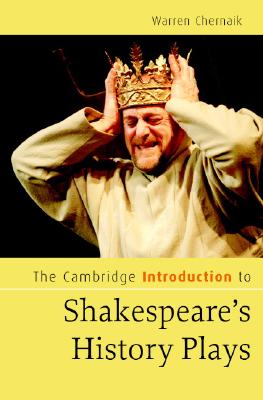 
Not On Our Shelves—Ships in 1-5 Days
Shakespeare's history plays, as fresh today as when they were written, are based upon the assumption that time is not simply a destroyer but a preserver, and that 'examples past' might enable us to understand the present and anticipate the future. This lively 2007 study examines the continuing tradition of Shakespeare's history plays in stage and film productions as well as giving an account of the critical debate on these plays. Following two introductory chapters giving essential background on the genre, the English history plays are discussed in turn, bringing out the distinctive characteristics of each play: the three early Henry VI plays; the perennial stage favourite Richard III; King John; Richard II; Henry IV 1 and 2, famous for the character of Falstaff; Henry V, which is treated very differently in the film versions by Olivier and Branagh; and Henry VIII. An invaluable introduction to these fascinating and complex plays.